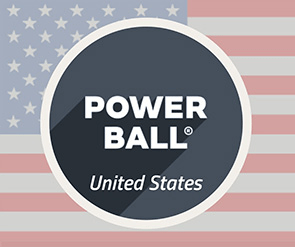 The Powerball is based in the United States and is sold in 44 out of the 50 states, and is coordinated by the Multi-State Lottery Association.

Powerball is an exciting jackpot game with jackpots starting at $40 million dollars, which makes it one of the most sought after lottery prizes in the world.

Powerball is a lottery game that is played every Wednesday and Saturday in 44 states across the United States, the United States Virgin Islands, and Puerto Rico at 10.59 p.m. (EST). There are five winning numbers drawn from a pool of 69 balls, as well as one extra ball called the Powerball option which acts as a multiplier of prizes in a similar way to how Mega Millions’ Megaplier does. Taking the Power Play option multiplies winnings earned by matching just one number right through to matching five numbers - turning the $1,000,000 prize into a $2,000,000 prize.

Winning Powerball numbers can be claimed for up to a year after the draw date, but this can vary, depending on which state the lottery ticket was bought in. The revenue created by Powerball tickets is used by each state in whichever way that they choose, with education sectors often benefiting from the profits.

The jackpot prize will be shared among jackpot winners in all POWERBALL states.

When the Powerball jackpot is won, the next jackpot is guaranteed to be $40 million

United States Powerball is a worldwide lottery, everybody of any country can play and win.